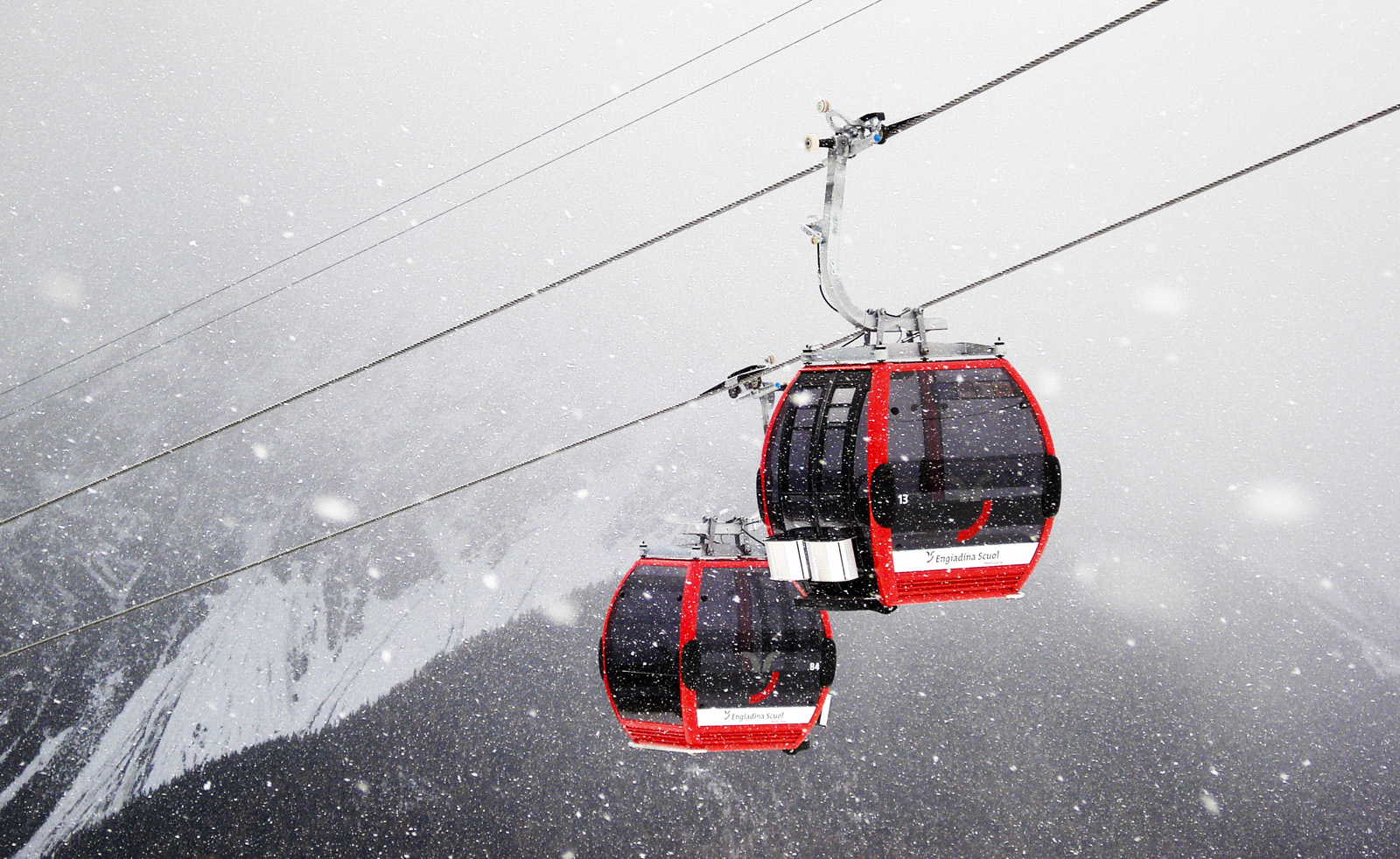 I’ve been following the development of the Waterfront Phase 2 plans with keen interest. Friends of mine know I have a chip on my shoulder about parking in Thunder Bay— specifically we have too much of it. Data supports me on this. According to the Ontario Municipal Benchmarking Initiative we have more parking spaces per capita than any other city in Ontario. We can’t stop paving paradise. It’s just one more piece of evidence underscoring that we have a car (actually pickup truck) addiction in this city and it continually erodes our livability. So needless to say when I learned that the Phase 2 plan called for the turning of acres of lakeshore parkland into hundreds more parking spaces that will remain empty the vast majority of the time I once again dropped my metaphorical burrito in disgust.

As I’ve said thousands of times before this city needs to build pretty much anything but car infrastructure. Our road utilization is remarkably low and our parking lots sit empty and rob municipal coffers of tax revenue because they’re non productive. And ugly. All we need to do is think outside the box. So here’s one way to do that for Marina Park.

Analysis of the problem

Phase 2 is separated from the rest of the city by a sea of train tracks and a high-speed four-lane road. The only way in will be the existing entrances in the north and, eventually, a potential new road at Central Avenue. 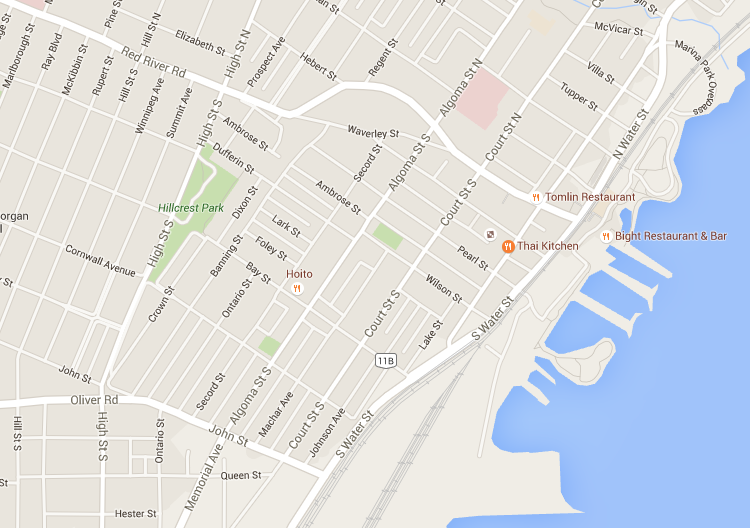 The consultants have given the most common answer to the problem: make people drive in and provide plenty of parking. This is a recipe for even more cars which is putrid.

Gondola lifts are relatively cheap. They can cross railway tracks or roads or rivers with ease. They can climb hills just as easily as they go in a straight line. They’re silent, run 24 hours per day without drivers in all weather, afford riders privacy and personal safety and can scale capacity up or down quickly. They run on renewable electricity. 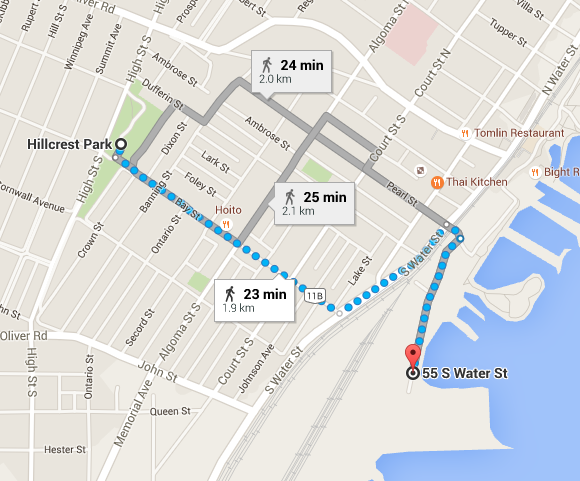 Oh and they attract tourists and offer beautiful views galore. Let’s build a gondola from Hillcrest Park to the epicentre of Marina Park Phase 2 with a single stop at Bay and Algoma.

The thousand of people living in and around Mariday park could walk to Hillcrest park and take a 3 minute ride to Bay/Algoma or a 5 minute ride to Marina Park 24 hours per day 365 days per year. Tourists staying at the waterfront could walk to the terminal and take a 2 minute Gondola to Bay and Algoma to patronize the local businesses. Talk about an economic shot in the arm. Parents could take kids to the Marina without worrying about bus schedules or routes. It’s direct, fast and kids get a sweet view in a private space.

Want to make it even better? When Thunder Bay finally gets bike share we can put share points at each station (3) so that people can start or end their trips on bikes instead of on foot if they so desire. The cost to ride the gondola should be the same as riding the bus— it should be treated like a regular part of the city’s transit network. Gondola fare could be waived for riders who have reservations at the planned nordic Spa or restaurants. Or fares could be waived on Canada day to eliminate congestion.

It would run maybe a 10th the cost of an Event Centre. Maybe. If it goes over budget lots. And everybody who can ride a bus can use it every day of the year if they want. And running costs are very low (electricity). It will carry more people than a bus on a people per direction per hour basis.

The possibilities are endless. But we won’t get there if we keep paving paradise and putting up parking lots.