There comes a time when you need a car (or two, but almost certainly not three). If your car-liking muscle exceeds the power of your money-saving muscle, this isn’t a post for you so stop reading. But if you think you might be able to make a purchase based solely on rational thought within the context of spending the lowest amount of money without dying in a horrible car accident, read on and I’ll tell you how to choose a car. Also, if you think you might like to just hear what I have to say and then make a decision, I’m down with that. 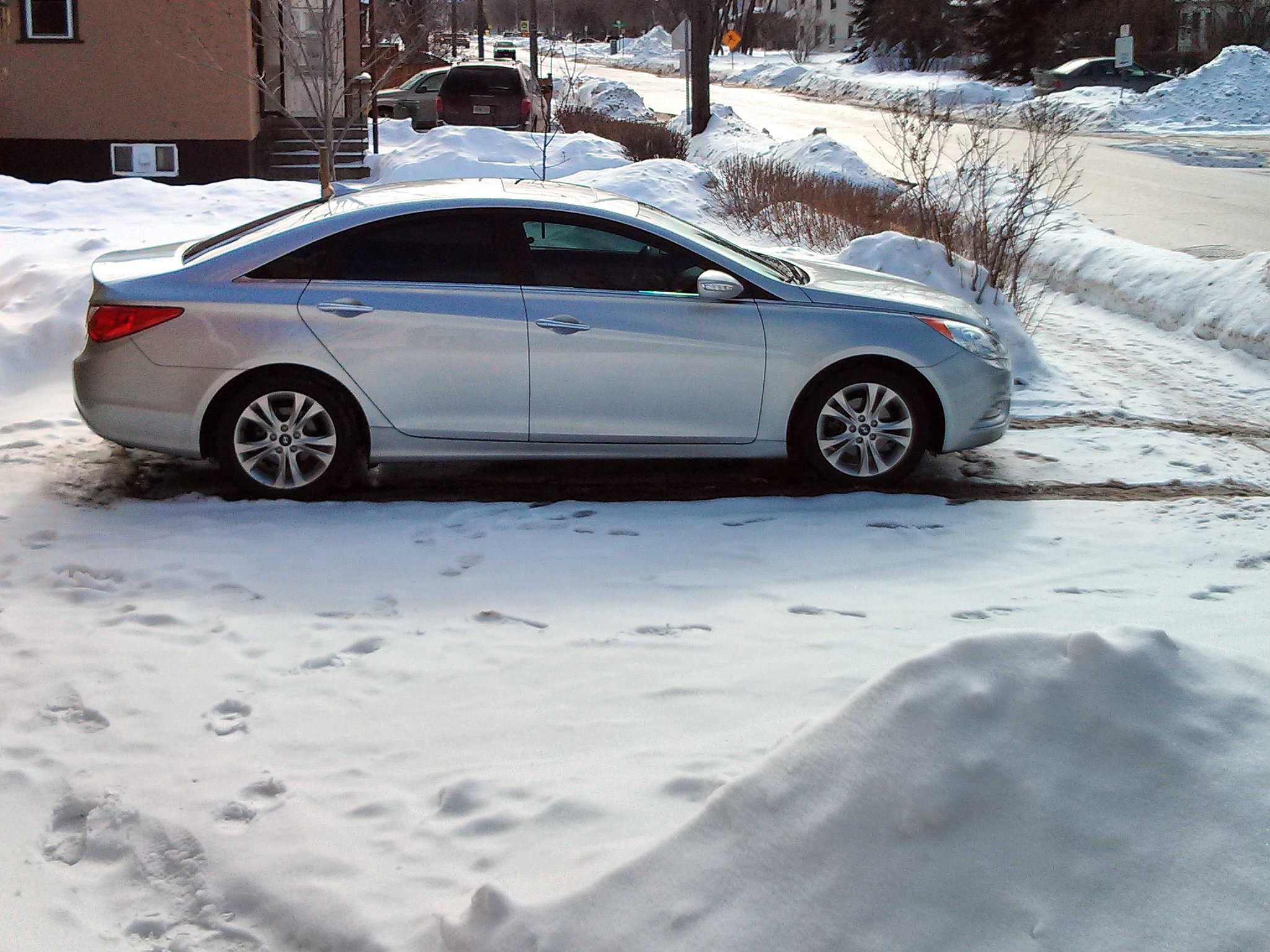 Do I need to choose a car?

The absolute best car you can buy from a financial standpoint is a TFSA. “But that’s not a car”, you say. Oh right. But if you can ride the bus without strenuous effort, or walk, that is way cheaper. Be honest with yourself: you don’t need a car to get 2 km to work unless work involves hauling dozens of kilograms of random crap to and from your job in the snow every day. Even then you may be able to get away with a cargo bike. Bicycles are a good option. In the warmer months I like to ride my bike to work on days I’m not working from home. It’s 7km one way and takes about 20 minutes. It’s a great way to unwind and get time to think and it saves money. Quite a bit actually.

So you need a car

You’ve established that you absolutely need a car. There are three things that make a car cost money— capital cost, maintenance and operating expenses. These can be expanded into five simple bullet points for simplicity.

To choose a car, you should ideally calculate all of these things and put as much research as possible to get accurate information.

Getting the price of a car is easy: ask the seller. The problem is that what you do with that number matters. There are several ways that you can actually buy a car and each method has implications to the buy and sell prices.

Ways to pay for a car (not including taxes, fees and rebates)

In the table above, I wrote “interest” a bunch of times. This is an annuity calculation. You can figure it out pretty easily without actually having to talk to a banker. Then you have to figure out roughly how long you plan to own the car for and what it will be worth at the end. This is called the residual value. If you’re leasing the car then planning to return it you already know how long you’ll have it and what your residual will be ($0) so just multiply the payments by the number of months you’ll have it. If you plan on driving it into the ground the residual value will be $0 as well. The biggest reason not to do this is that the cost of maintenance at the end of a car’s life is staggering. Another reason not to do this is that the reliability of a very old car (i.e. a car worth trashing for $0) is terrible. If you’re going to have an unreliable car there’s probably no point in having a car at all. Here’s a little hint about the capital cost of a car: it’s not as important as you think. Cars are money pits because they have to run and be maintained. The total amount you pay to drive a car is often significantly more than the difference between what you paid to buy it and what you receive to sell it at the end.

Oil changes, tires, brakes, the list goes on and on. Anything and everything can go wrong with a car. Guessing this number is hard, but there are some reliable places to look for hard data about how much the car can cost to maintain. If it’s a new car you’re looking for, ask the dealer to provide you with a maintenance schedule and approximate costs. Another good place to look is Consumer Reports. They’ve been aggregating car data for a long time and are arguably the best place to see how reliable a car actually is rather than asking friends who will give you anecdotal evidence at best.

Call your insurance company or use a website like Kanetix to get a quote. You need to know much it costs to insure a car before buying it.

This is a massive variable because it requires you to both figure out approximately how much you will be driving and to know the fuel economy of the vehicle you’re looking at. If you already own a car, there’s a decent likelihood that you’ll be driving roughly the same amount on your new car so that’s a place to start. For fuel economy, use the American website fueleconomy.gov and NOT the Canadian website. The USA has a new fuel economy testing methodology that is much more accurate than the Canadian one. Numbers on that site are often quoted in miles per US gallon. Canada uses a different gallon, and you can approximate the Canadian MPG by multiplying the US MPG by 1.2. Better yet, fueleconomy.gov allows you to see the units in l/100km which is the standard unit in Canada. Note again that these numbers will not match the dealer window sticker. Like I said, the Canadian numbers aren’t terribly accurate. Harsh winters also really affect fuel consumption. If you do a lot of stop-and-go city driving in the winter, you could see your fuel usage skyrocket. Mine does!

Electric cars are awesome. They have no fuel tank, muffler, catalytic converter or transmission and their motors have one moving part so typical maintenance involves rotating the tires. In addition, they are very efficient (often over 90% vs under 20% for an internal combustion engine). Electricity is much cheaper than gasoline in the quantities used by cars. There’s always the question of range (how far you can go on a charge) and charging time. Here are a few considerations about electric cars:

If you’re considering an electric car it’s very helpful to make a list of all the places you’d need to drive and the frequency that you make these trips to figure out the range issue. My research suggests that you can take the manufacturer’s range claims (often given in miles) and take them in kilometres at par. For example, if the manufacturer says the car has a range of 100 miles, it probably has a conservative range of around 100 km in the Canadian winter in city driving. Your mileage may vary… tremendously.

Below I’ve embedded a spreadsheet that I whipped up. It shows the type of comparison that you should be making when you’re choosing a car. Please don’t take my numbers too literally. For example, I didn’t call my insurer to ask how much it would cost to insure a Tesla Model S, even though I really want one. I guessed. Sorry. Maintenance is roughly equivalent for the gas-powered cars and lower for the electric ones. Higher for the Tesla since it costs twice as much (I’m assuming). See what I mean about not taking my numbers literally? My goal here isn’t to tell you what to buy, but to show you how to figure it out for yourself.

Example of cost comparison over 10 years

* This table assumes fuel price of $1.35/l and $0.11/kWh and annual driving distance of 15,000 km. The numbers used here are for example only and are not necessarily indicative of real market prices or actual maintenance charges.

There are a few take-aways from this table. The most expensive car is $875/month and the cheapest is $456/month, a difference of less than 2x. This is despite the fact that the actual sticker price of the expensive one is over 4x higher than the cheapest one. That’s why I said earlier that the sticker price of a car isn’t nearly as important as you might think.

There’s definitely a value to having a car you like since you’re going to save a lot of money by driving it for a long time. When I bought my car, I picked leather seats and a sun roof. Was that financially prudent? No. Do I still like my car two years in? Yes. Will it help me keep my car longer? Probably. But I’m not fooling myself about it holding its value any better: premium cars tend to depreciate faster than cheaper ones. Hopefully this gets you started on the right foot when you’re ready to buy a car. Remember, the cheapest car is no car!